Kathy and I moved to Devon a dozen years ago and we know we’re privileged to live in one of the nation’s loveliest regions, with superb coastal and maritime vistas at almost every turn. The regular tweeted photographs from @GaryHolpin rarely fail to brighten my day, especially those with a salty bent. Says Gary: ‘I’m an amateur photographer who loves the South West of England and is more than a little addicted to walking its coastline with my camera.’ Gary has written a delightful little volume about the history, folklore and outstanding beauty of the South Devon coast. It’s superbly illustrated with a selection of his photographs as well as historic images – and because it’s a compact little volume it’s ideal to bring along on your seaside holiday… 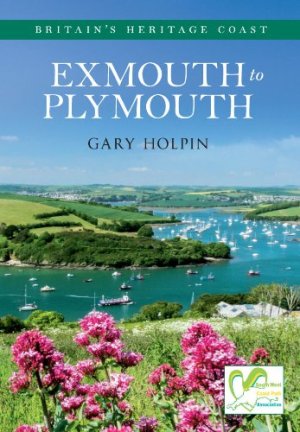 The book’s first two chapters give the reader a useful overview of the region’s varied geology and human settlement. The sea was at the centre of its history for centuries. Superb natural anchorages and sheltered estuaries put South Devon’s ports to the forefront in defending the nation and enabling the growth of global trade. And of course famous explorers, such as Sir Francis Drake and Sir Walter Raleigh were true sons of Devon!

The rest of the book takes the armchair reader on a journey along the South Devon heritage coast, beginning at Exmouth. The oldest seaside town in Devon, Exmouth sits at the mouth of the River Exe and is the gateway to the Jurassic Coast.

Then, via Gary’s photographs, the reader travels around Torbay and the South Hams, passing seaside resorts, stunning coastal vistas and beautiful river estuaries before heading west to end at Plymouth, the largest city in Devon. Along the way Gary adds local colour with information on the origins of the places and the stories of some of the people who have lived there.

The spectacular scenery of the South Devon coast can be enjoyed on foot along the South West Coast Path †, part of which Kathy and I have walked. It is a wonderful way to explore the beauty and history of the region. I also had the privilege of spending time in many of the little coastal settlements during research for my Kydd book The Admiral’s Daughter.

Among the references at the back of Exmouth to Plymouth are details of some 80 websites for readers wishing to go further into some aspect covered in the text.

Gary’s book is a must-read for anyone visiting Devon and serves as a reminder of Neptune’s bounty on our doorstep for those of us lucky enough to live in the region.

† The South West Coast Path with a length of 630 miles, follows the entire coastline of England’s South West Peninsula.