As this new year begins here’s a trio of books that caught my eye. They’re all very much sea-focused so whether you’re a student of the role of the British Navy 1793-1815, drawn to great epic tales of survival or seeking to learn more about navigation at sea I think there’s something that will appeal. And as a bonus I have a copy of ‘The Endurance’ to give away. Just email julian@julianstockwin.com with your postal details and ‘Giveaway’ in the subject line. Deadline for entry: January 23. 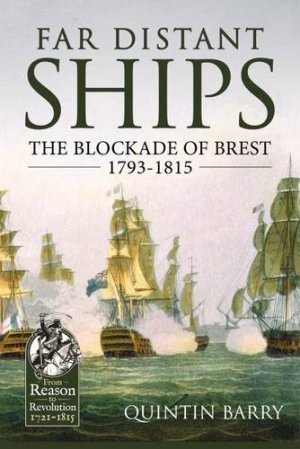 Throughout the long drawn out war at sea during the French Revolutionary and Napoleonic Wars, it was a cardinal principle of British naval strategy to blockade the port of Brest, the largest and most important of the French naval bases that threatened the security of the British Isles. The naval historian A.T. Mahan summed up this contribution of the Royal Navy to the ultimate defeat of Napoleon when he wrote so accurately and so memorably: ‘Those far distant, storm-beaten ships, upon which the Grand Army never looked, stood between it and the domination of the world.’ Well-written and researched, with maps and a useful bibliography, this book highlights just how contributory this blockade was to the mastery of the seas by the Royal Navy for so long, blending characters and grand strategies effortlessly into a very readable skein of history that ran continuously the entire length of the French wars. 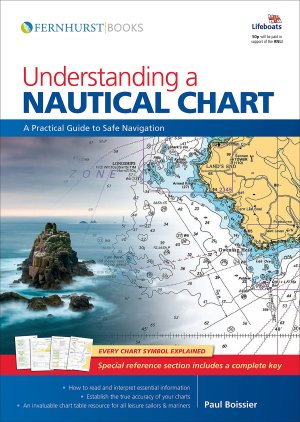 This updated second edition explains how charts are compiled and guides the reader through the elements that make up these vital navigational tools. In addition to a wealth of practical advice, there is a key to all the recently updated chart symbols and abbreviations from Symbols and Abbreviations Used on Admiralty Charts. My time in the Navy was spent almost entirely with paper charts so I am quite familiar with the subject matter of this book, but it is certainly a resource I wish I’d had when I first tried to understand and use nautical charts! I now use myself ECDIS (electronic charts) as research aids in writing my Kydd series and duly find these being given treatment as well in this book. The author had a most distinguished career in the Royal Navy and is now Chief Executive of the Royal National Lifeboat Institution. He writes delightfully; his asides won from a long professional acquaintance with the sea are always apposite and often amusing, sharing with me for instance an appreciation of the hard-won good sense and often romance to be found in the august pages of the Admiralty Pilots. This, and his book following ‘Learn the Nautical Rules of the Road‘ is highly commended to all those who venture to set forth upon Neptune’s Realm.

The Endurance by Caroline Alexander 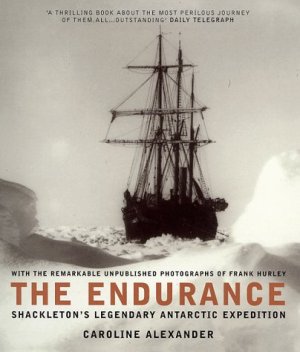 Alexander’s subject, one of history’s greatest epics of survival, is presented along with the astonishing visual record of Frank Hurley, the Australian photographer. Together, text and a copious flood of priceless images re-create the terrible beauty of Antarctica, the awful destruction of the ship, and the crew’s heroic daily struggle to stay alive, a miracle achieved largely through Shackleton’s inspiring leadership. The survival of Hurley’s images is scarcely less miraculous. The original glass plate negatives, from which most of the book’s illustrations are reproduced, were stored in hermetically sealed canisters that survived months on the ice floes, a week in an open boat on the polar seas, and several more months buried in the snow. A thrilling account of one of the last great adventures in the Heroic Age of exploration.

You might also like to take a peek at my recent BookPicks this year
And I have a very limited number of Signed First Editions, which I’m happy to inscribe with a personal message
Enjoy!