As a change from my largely sea-oriented selections this BookPick focuses on life ashore – with a witty discourse on the Georgian world of the elegant dining room, and the amazing story of Mrs Biggs, who certainly didn’t conform to the time’s expectations of her sex. As well, there’s a light-hearted compilation of animal tales of the 18th and 19th centuries, and an account of the last governor of Hong Kong, a colony that grew from a barren rock in Kydd’s day to a global powerhouse.

The Pug Who Bit Napoleon by Mimi Matthews 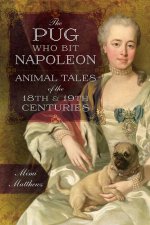 From elaborate Victorian cat funerals to a Regency-era pony who took a ride in a hot air balloon, Matthews shares some of the quirkiest and most poignant animal tales of the eighteenth and nineteenth centuries. And who knew that a dog disrupted Napoleon’s wedding night! Based on eighteenth and nineteenth century books, letters, journals, and newspapers, these animal tales, sometimes humorous, sometimes heartbreaking, provide a fascinating read for animal lovers of all ages. Enhanced with colour illustrations, this is delightful book to dip into!

A Georgian Heroine by Joanne Major and Sarah Murden 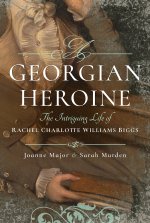 In an age when society had certain expectations of women Rachel Charlotte Williams Biggs stands out. She emerged from an unhappy marriage to become a playwright and author, a political pamphleteer, and a spy, working for the British Government and later singlehandedly organising George III s jubilee celebrations. Trapped in France during the revolutionary years of 1792-95, she published an anonymous account of her adventures. The extraordinary Mrs Biggs lived life upon her own terms in an age when it was a man’s world, using politicians as her mouthpiece in the Houses of Parliament and corresponding with the greatest men of the day.

The Last Governor by Jonathan Dimbleby

Kathy and I were privileged to have lived in Hong Kong for more than a dozen years leading up to the complex events detailed in this book. In 1992, Chris Patten was appointed Hong Kong’s last governor. The first of July, 1997 marked the end of British rule of the territory, and Patten saw the colony passing into the hands of the People’s Republic of China. Setting the episode in both its human and historical contexts, Dimbleby presents some interesting conclusions about the conduct of British foreign policy on Hong Kong before and during Patten’s tenure. First published a decade ago this weighty tome, reprinted this year, documents an extraordinary diplomatic, political and personal drama.

Elegant Etiquette in the Nineteenth Century by Mallory James 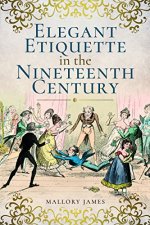 Covering the intricacies of rank, the niceties of the street, the good conduct that was desired in the ballroom and the awkward blunders that a lady or gentleman would want to avoid, this is a lively, occasionally tongue-in-cheek discourse on nineteenth century manners and conduct. Based on advice given in the etiquette manuals of the time a useful reference for anyone interested in this fascinating period. And the Notes on each chapter and bibliography provide pointers for delving further into the world of polite society 200 years ago.

You might also like to take a peek at my other BookPicks this year this year
And I have a very limited number of Signed First Editions, which I’m happy to inscribe with a personal message
Enjoy!